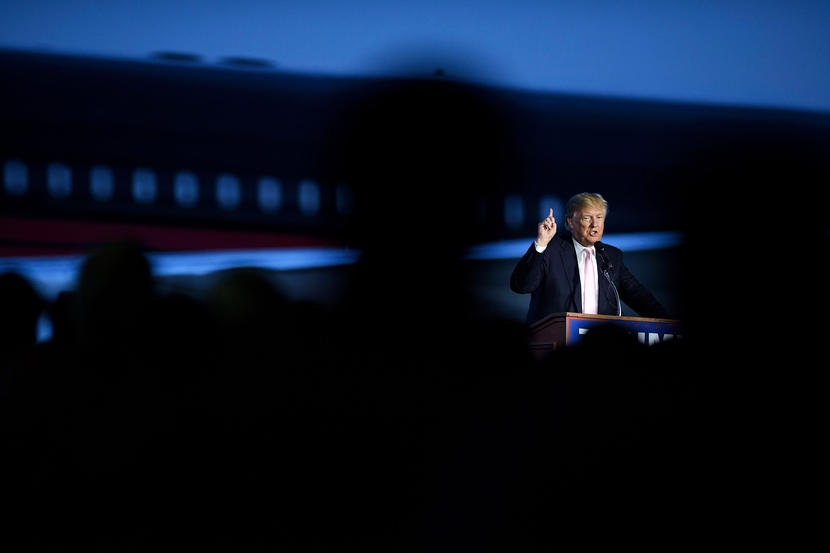 “On the Dangers of a Trump Presidency and Its Impact on the Global Political Environment: The Case of Brexit”

It’s been widely emphasized by a lot of reputable analysts that a Trump presidency is a national and global threat [1,2,3]. In fact, the Economist, which is not by any means a liberal media, ranks Trump presidency among the top 10 global risks. The rise of Trump and his ideology has a global reach, far beyond the US boarders. We are living in a highly integrated global world; and US political environment sets the tone in the world.

The current political environment in the US is one of fear, anti-immigration, wall building, Islamophobia, xenophobia, and marginalization of minorities thanks to the Trump phenomenon. A study by Associated Press [4] – also published by The New York Time [5] – concludes that Trump supporters’ demographic is comprised of mainly whites, with no high school diploma, who self-describe their background as “American”, Segregationists, and Evangelical Christians (among other factors). Trump’s movement, his agenda and values could be mainly characterized by those of far right wing extremists; and this can trigger a domino effect on a global scale.

While Trump is not the president yet, we are already witnessing its impact on an international scale. The result of Brexit in the UK is profound; and similar to the Trump movement, it has implications beyond the UK’s boarders. What we saw in the UK is a movement that shares a lot of elements with Trump’s. This is a movement mainly led by far wing politicians [6], who similar to Trump’s agenda, want to take their country back (as if it was stolen), are anti-immigration, xenophobic, and feed off of fear. Mr.Trump himself acknowledged the similarities between his political campaign and the Brexit movement and believes Brexit is a “great thing” and makes UK “stronger” [7,8]. This is the tip of an iceberg, revealing a disturbing, if not dangerous, development in the world. Europe’s far right wing nationalists are praising the Brexit and are already expressing their interest to follow suit and adopt the UK’s model. In France, Le Pen, leader of the National Front party, known for its anti-immigration agenda, said that “yes, it’s possible to leave the EU”. She added France has thousands more reasons to leave EU. Greet Wilders, leader of the far-right Party for Freedom (PVV) said: “Now it’s our turn. I think the Dutch people must now be given the chance to have their say in a referendum. The Party for Freedom demands therefore a referendum on Nexit, a Dutch EU exit. Dutch people should have the opportunity as soon as possible to decide on the Dutch membership of the European Union.” Germany’s right-wing party leader tweeted that the “time is ripe for a new Europe”. Greece’s neo Nazi Golden Dawn also welcomed the “brave” decision from Britain. There are also concerns that this may be the beginning of the end for EU [9,10,11].

Trump is feeding off of fear among nonurban, mainly blue-collar angry white people. Unfortunately, this is the most vulnerable sector of the population that would take the biggest economic hit during a potential Trump presidency and his disastrous economic policies, according to a study by Moody’s Analytics [12]. Even the leaders of the GOP are hesitant to fully support him. In fact, the Speaker of the House, Paul Rayan labels one of Trump’s comments as text-book definition of racism [13]. Rhetoric of Trump and other far right wing nationalists in the world are particularly dangerous and frightening because they have the ability to mobilize fascist movements across the world. Although US politics usually sets the agenda in the world, there is a feed-back loop from these nationalist movements in Europe that could interact and reinforce similar movements in the US and exacerbate the situation. The stakes are extremely high at the upcoming presidential election. Unpopularity of Hillary is completely understandable, but given the consequences of a Trump presidency, it is absolutely essential to make sure he won’t be in Oval Office next January. Otherwise, we would be walking down a very dangerous and slippery path.